AN ALTERNATIVE TO THE TYPICAL

From childhood to older age, life comes with many seasons. Despite what season you may find yourself, or how your needs may advance, one thing should be constant and that is continued growth. At The Crossings, we believe wholeheartedly in the Eden Alternative’s philosophy for aging which is committed to fighting the three plagues of loneliness, helplessness and boredom. In fact, The Crossings is so committed to this paradigm shift that we are one of only two registered members in the entire State of Texas.

So, what does this mean for the elders who live at The Crossings? It’s simple, it means that we are continuously inspiring our care partners to drive a culture where care is not a one way street but a partnership. Care is person-centered, enhanced by relationship and driven by the full autonomy of the elder. At its core, understanding this life changing culture starts with understanding the three plagues. Once you grasp the problem, the solutions seem to flow naturally. And that is where our innovative, passionate and creative care partners come into play. They are truly the best of best and stop at nothing to ensure life is good for those in their care.

Loneliness is the pain we feel when we want companionship and cannot have it. The solution? Loving companionship, whether human or four-legged friend.

Helplessness is the pain we feel when we only receive care and never have an opportunity to give care in return. The solution? Finding regular ways to give back to others, find purpose and meaning in our own contributions to the greater good.

Boredom is the pain we feel when our lives lack variety and spontaneity. The solution? Exciting and interesting things surround us on a daily basis, some planned, some completely unexpected.

Ready to learn more about the lifestyle and care standards at The Crossings? Contact our team to set up a tour. 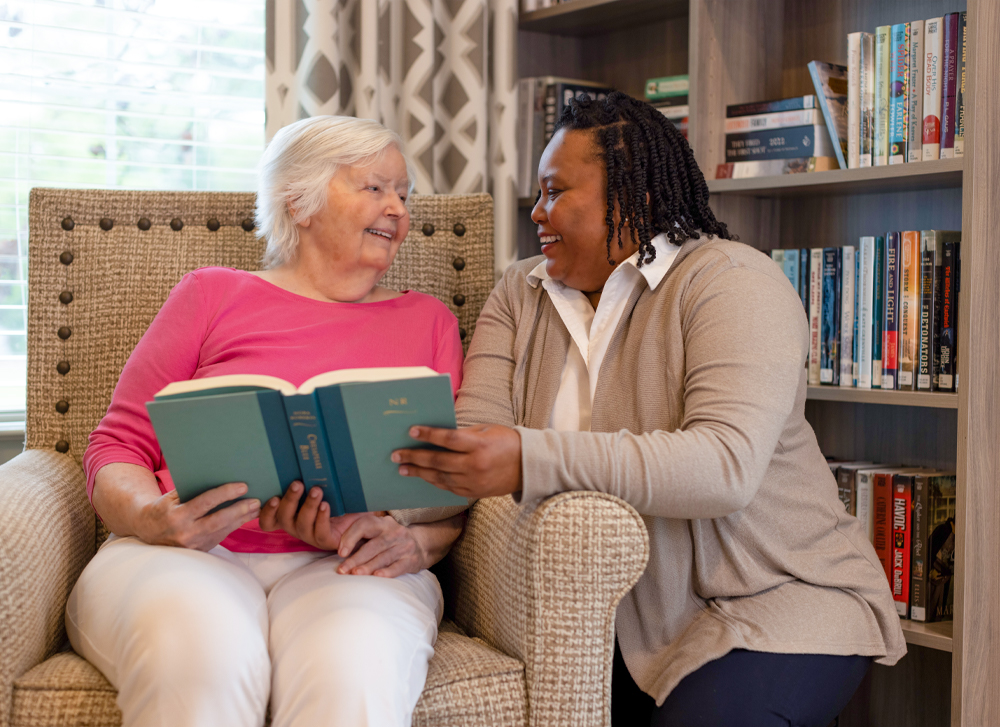 When a little help with the tasks of everyday living restores confidence and maintains independence. 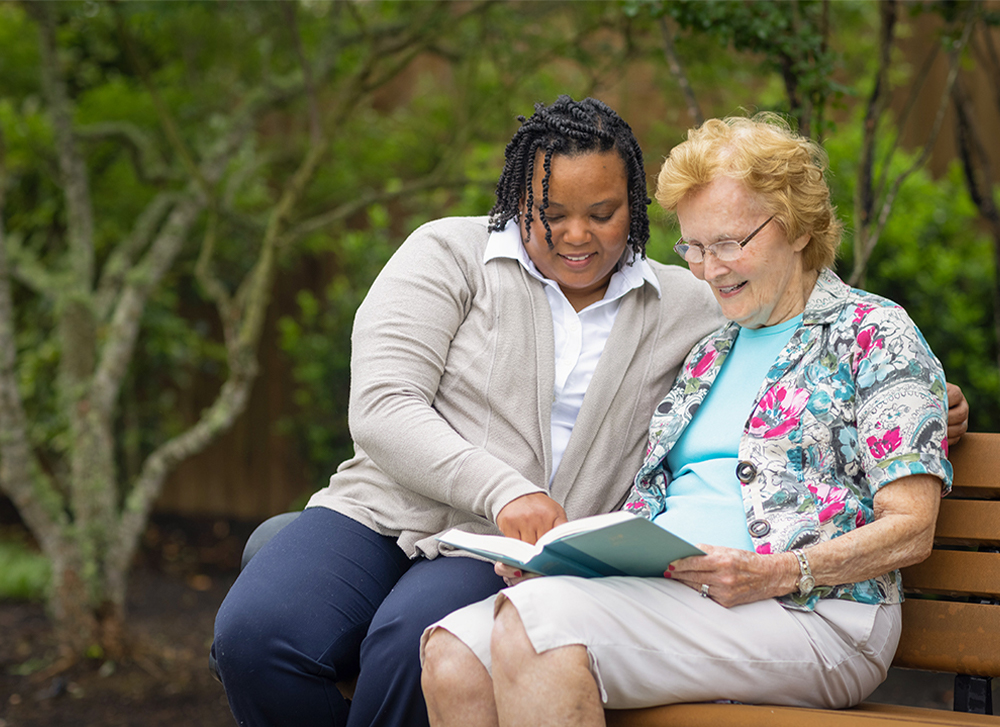 Following the onset of memory loss, including Alzheimer’s disease and other forms of age-related dementia. 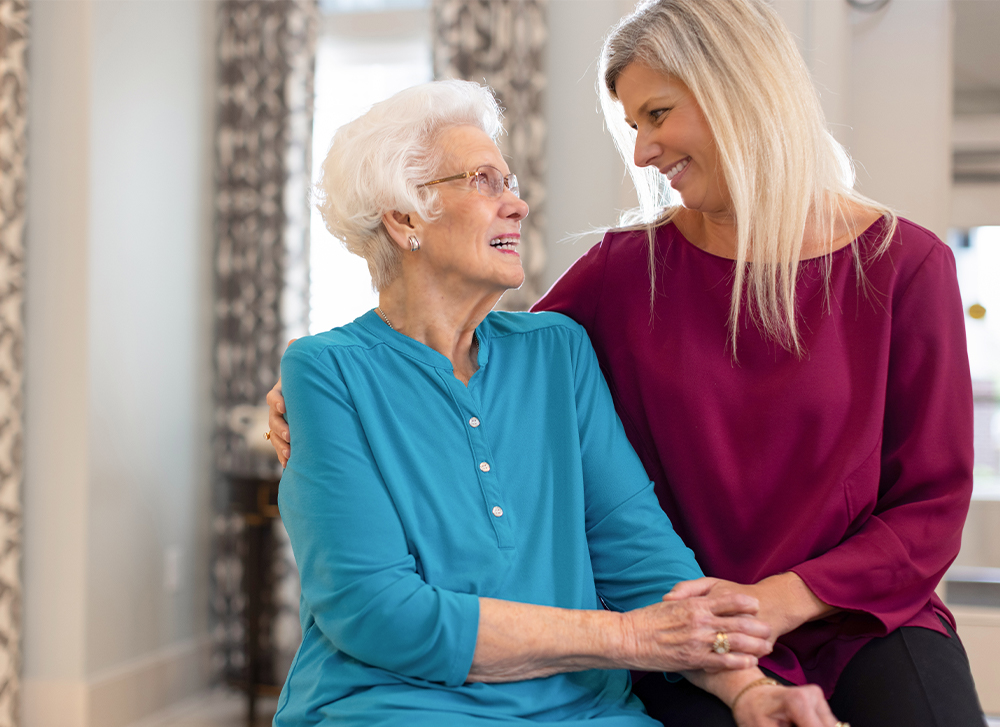 When, for any reason and at any time, your health takes a turn, and you need a licensed nurse around the clock. 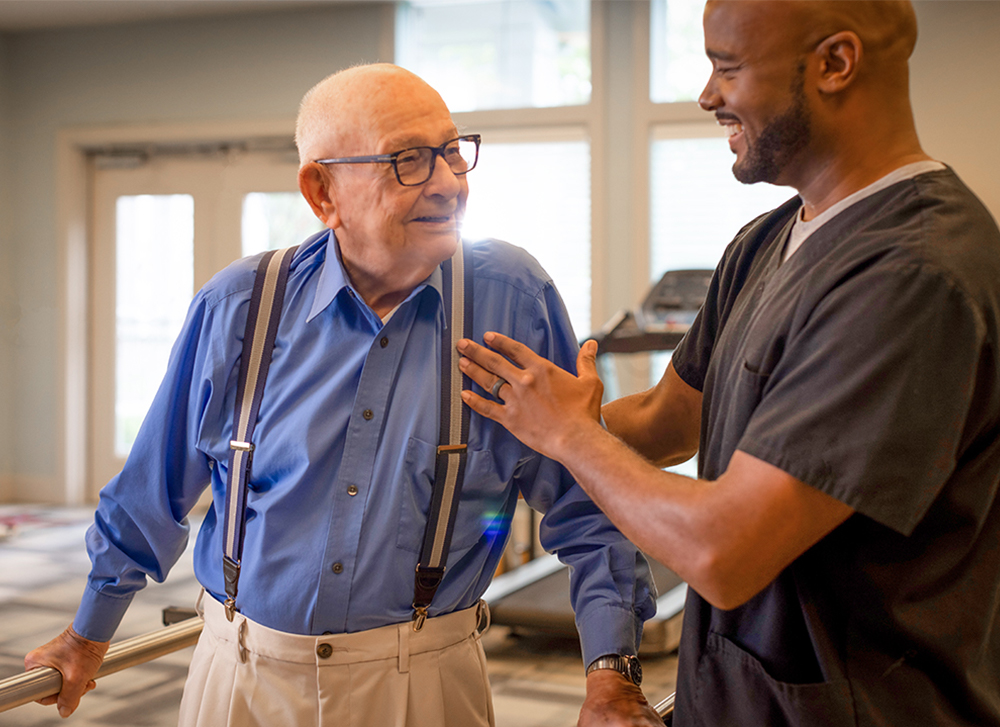 After surgery, illness or injury, when your body needs help to heal and remember how to be its best.

Drop us a note to learn about the health services in any of our levels of living.

How do I know which level of living is the right choice?

What’s the difference between dementia and Alzheimer’s disease?

Who will be involved in my Rehabilitation?