THE CROSSINGS
▸
ABOUT
▸
Going the Distance 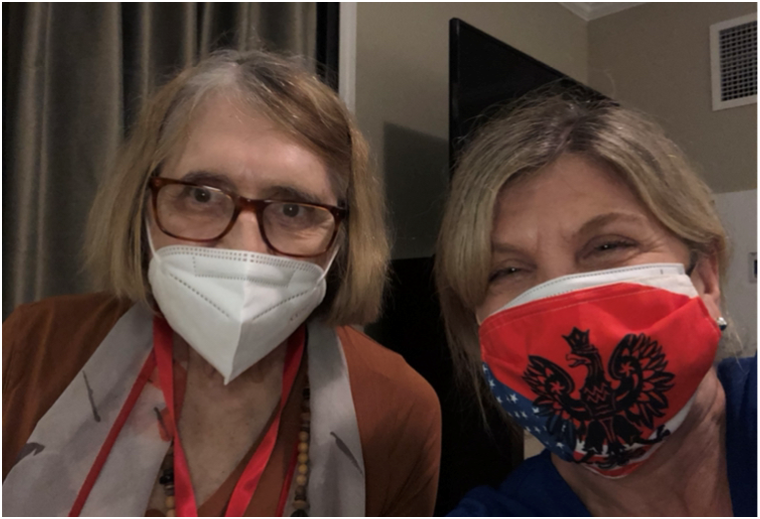 Debbie Zienty, Marketing Director at The Crossings in League City, spent her formative years in Chicago before migrating to Texas. While she is a well-acclimated Texan after living in the state for over 20 years, pieces of her heart will always remain with the Windy City. It would be these Illinois roots that led Debbie, unsuspectingly, into a great adventure in friendship.

Liz Raiman wasn’t likely prepared to meet a fellow Chicago Cub Fan and Windy City native when she visited The Crossings with her daughter, Laura, in November of 2019. Armed with mostly curiosity, Raiman toured the community to explore the idea of moving closer to her daughter and her family. The moment she and Debbie met, however, the meeting turned form a basic tour of a community, into a moment that can only be described as instant friendship.

While the pair hit it off that day, Raiman returned to Chicago and neatly tucked away the information she had gathered about retirement communities in Texas. Debbie would occasionally reach out to check on her new friend, allowing the pair to rekindle their connection each time. This back and forth would continue for over a year and a half with phone calls, occasional cards, text messages, and even a surprise flower delivery when Raiman was under the weather. One especially sweet moment was when Zienty had freshly baked cookies delivered to Raiman’s door along with a picture of herself dressed as a giant cookie. Zienty said, “I can’t really explain it, I love connecting with elders and making them smile, whatever it takes. Ms. Raiman and I have a special bond as Illinois girls, she just burrowed a place in my heart from the first day I met her.”

In August of 2021, Zienty reached out to Raiman with extra special news, she would be visiting Chicago! Raiman was delighted to hear the news and the pair began to plan time to get together. The Chicago girls spent a day and a half together, laughing talking and discussing what life could be like for Ms. Raiman at The Crossings.

On, December 29, 2021, Raiman returned to The Crossings with her son-in-law in tow. But this time, it wasn’t for a tour, she walked through the doors as a resident. Paperwork had been completed long-distance as well as the selection of the apartment (with the help of a savvy daughter, of course).

“What can I say? She belongs here and I felt it from the moment I met her. She imprinted on my heart. Our friendship was instant and now she lives just down the hall from my office. I couldn’t be happier,” said Zienty with her signature grin. It is employees like Zienty who literally and figuratively “go the distance” for elders that transforms MRC’s mission from words on paper into life-enhancing action.